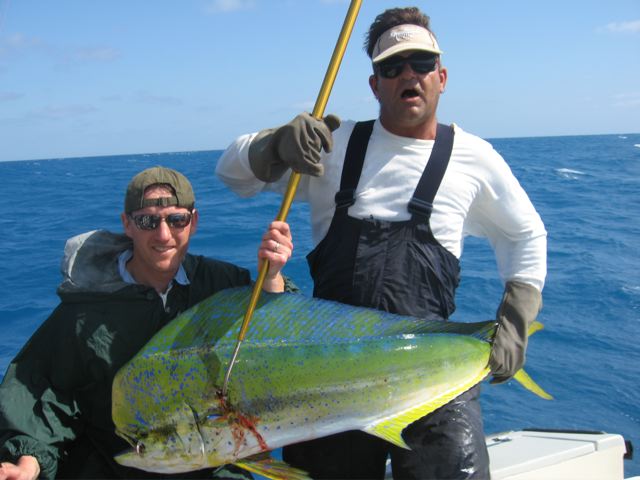 Paul Zagat catches 30 lb. dolphin that he hooked himself as they were tailing down sea. 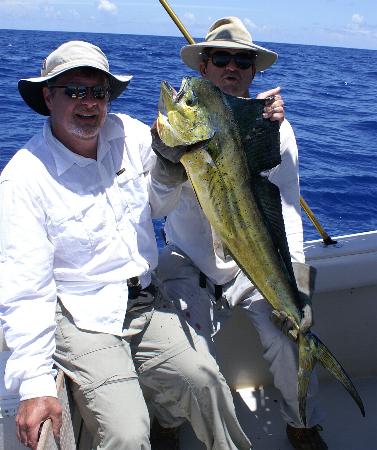 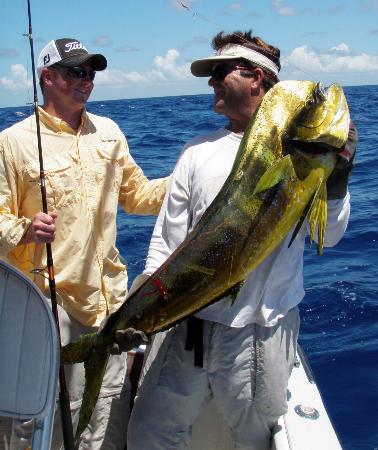 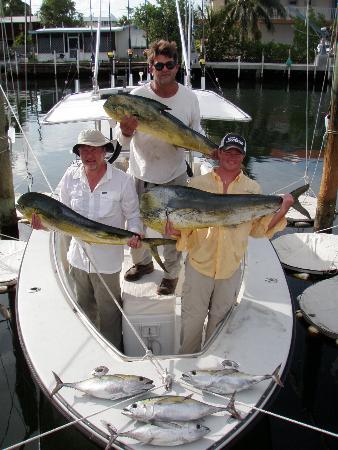 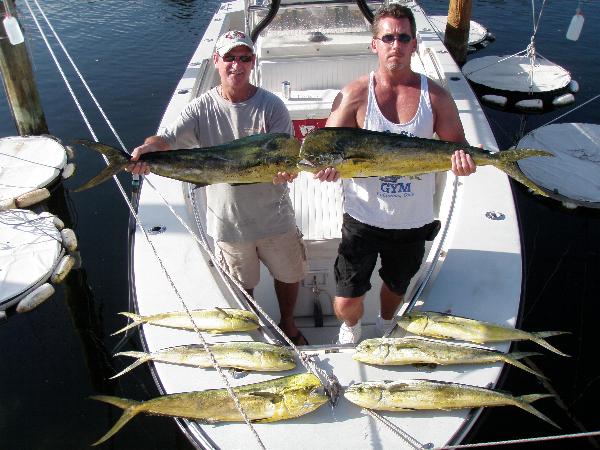 Rob Sanderson and his friend have a fun day primarily blue marlin fishing. We had the big #50 test stand-ups out most of the day. We saw one small billfish up on the surface, which seemed to be bigger than a sailfish but not that big. It never came upon the baits, and I worked that area good. Around early afternoon we started to look for dolphin, and the first set of birds we found we caught these dolphin. After that they said they had enough, and we returned a little early. 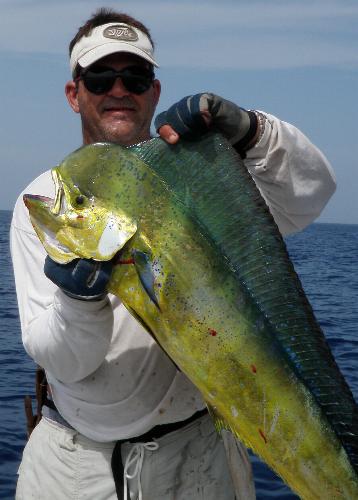 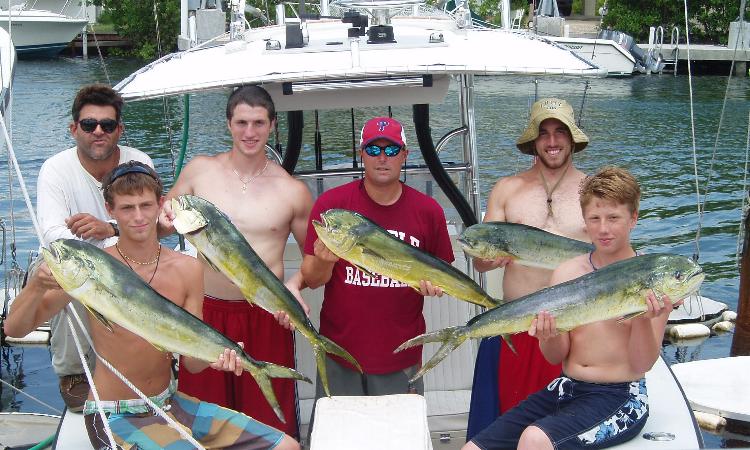 Half day fishing with the Mendeck family, and we got chased around by bad weather to boot. 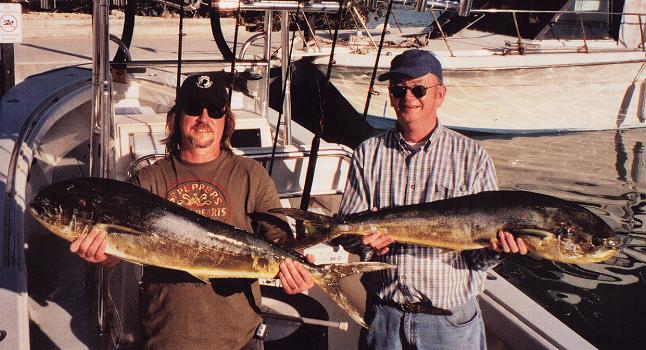 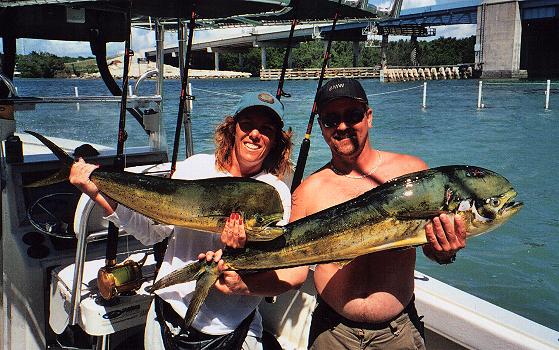 We caught these two dolphin within the first half hour of fishing on a perfect day for dolphin fishing. It was blowing 15 knots out of the S.E., 3' to 5' seas, and the birds were chasing the dolphin tailing down sea - perfect. Unfortunately the kids got sea sick, and we had to run in. One of my friends caught 30 dolphin over 20 lbs. and 4 or 5 over 30 lbs.

My boat is very good in rough water, more stable than one would expect. It does not get tossed around like a large offshore boat with a cabin and tower and a deep-V which is a lot of top heavy weight exacerbating the fulcrum effect of rocking left and right. 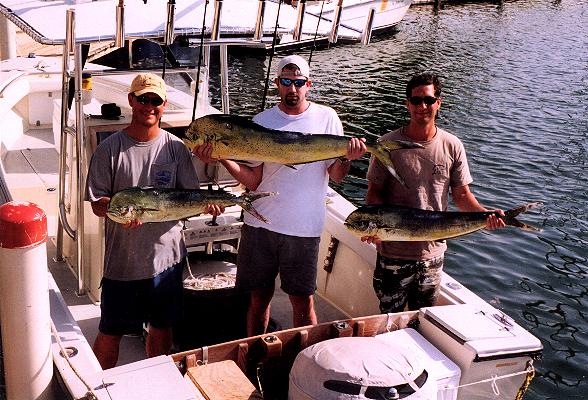 This was a tough day fishing, because it was the second day of strong west wind, which is very bad for offshore fishing. The dolphin like an east wind to surf the waves against the current so as to cover more water to catch more bait. But I found a current line at the end of the day and the frigate birds were following numerous groups of dolphin tailing the waves coming from the west going with the current, a very peculiar situation.

Byron Fields, and friends caught these three of six nice dolphin while sight casting to them as they were tailing down sea. This is very fun for the angler, and challenging. You are very involved while doing this. I run the boat up top and you have to bait your own hooks and cast to the fish and pivot your rods around to back to troll if you do not get a hit after the cast. When I find another fish tailing, we get at least another angler up to the bow to cast while keeping at least one bait trolling behind the boat.

Of course if we are looking for fish and trolling, we have a full spread out. Including rods set up for the hopeful shot at a big blue marlin.