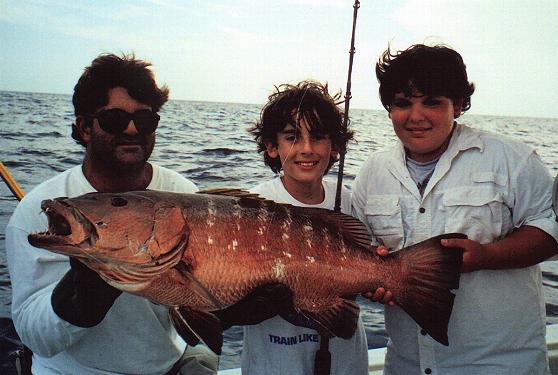 Patrick Cabrera's friend Alex catches a Cubera Snapper, near 30 lbs. It's a rare catch here, especially during the day. 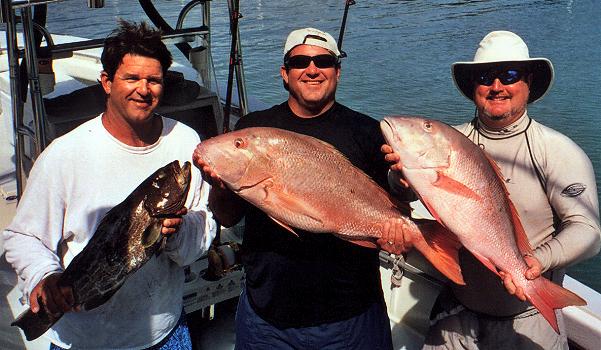 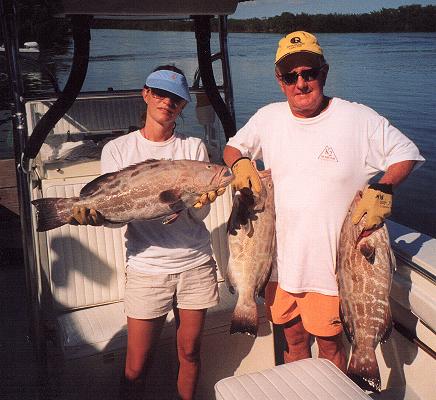 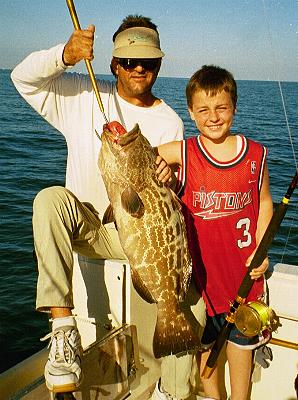 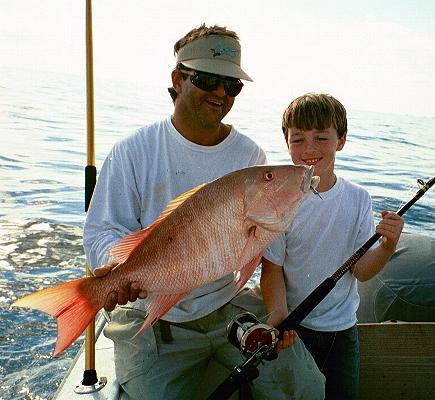 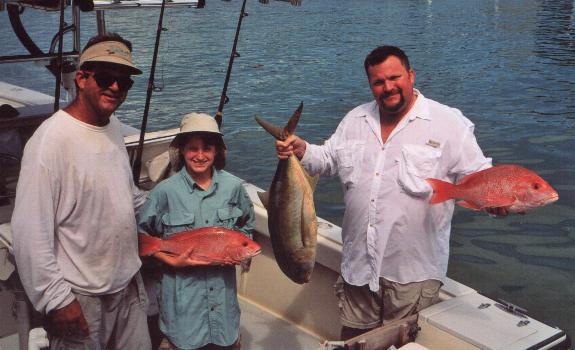 Dr. Bob Owens and his son catch two "genuine" red snappers and a nice yellow jack along with many other bites and action. 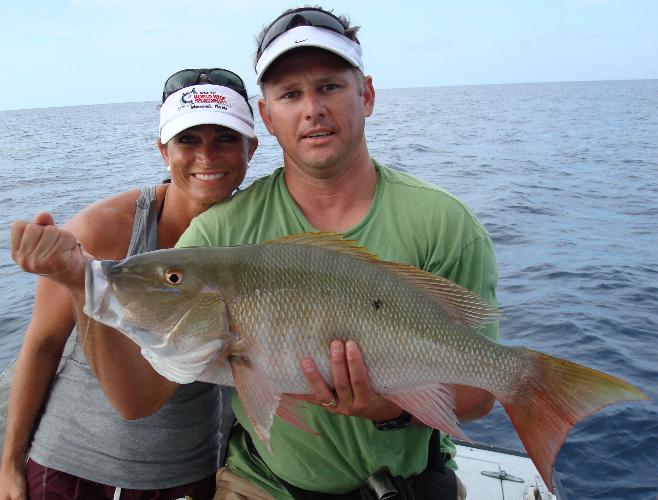 Chris and Hope Dorsey's two nice mutton snappers caught at the end of the dolphin fishing. 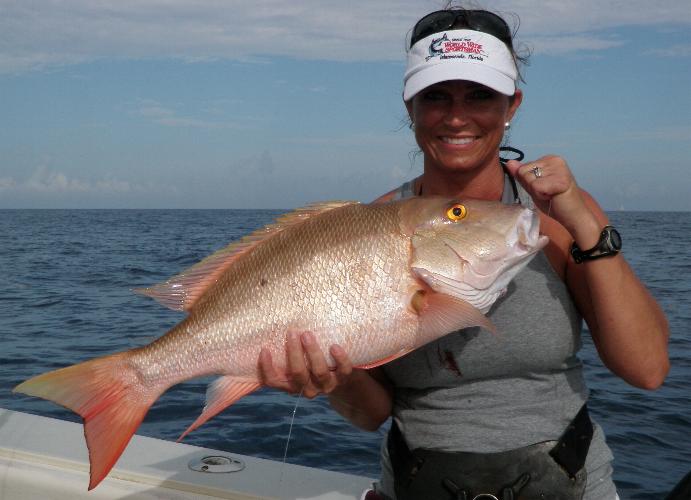 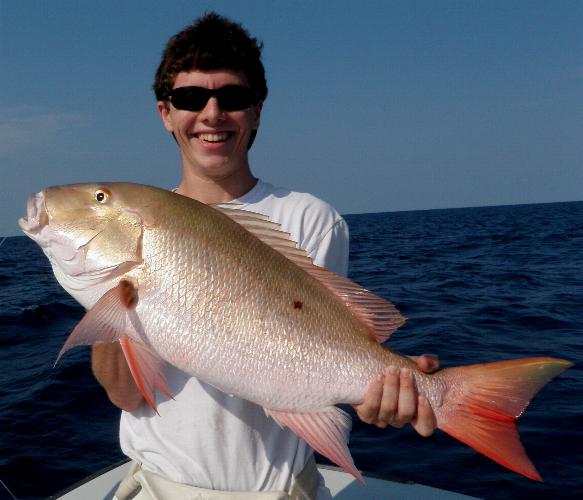 On a half day tarpon trip we fished an hour for snappers. Joe Dudley's kids caught this nice mutton snapper and two smaller ones before going tarpon fishing at sunset.
We jumped 4-5 big tarpon with none to the boat, very unusual, but that's the way it goes sometimes. 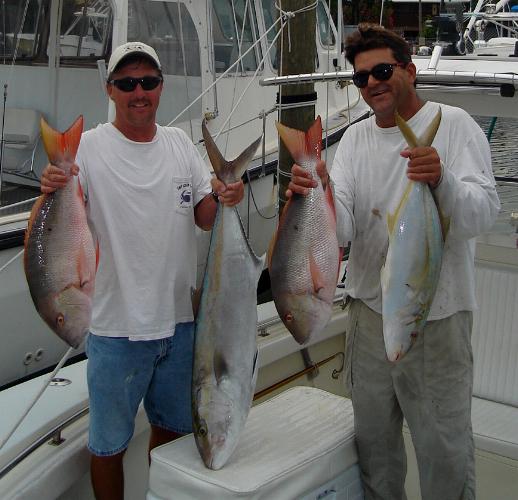 Half day of meat fishing for a big fish fry for a group of divers, Capt. Killgore delivers: mutton snapper, yellow jack, and small amberjack. 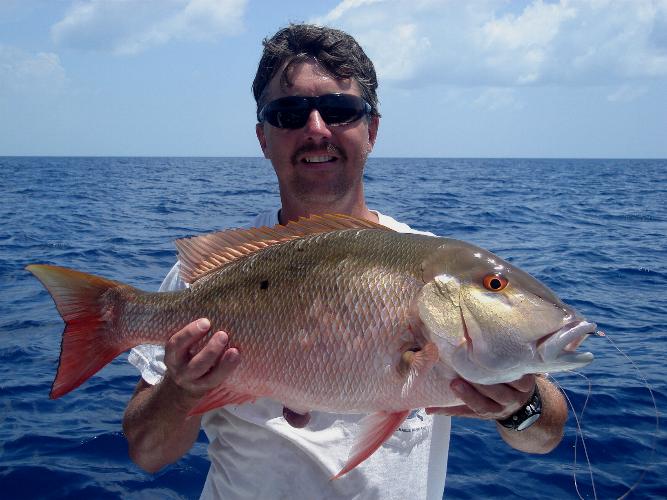 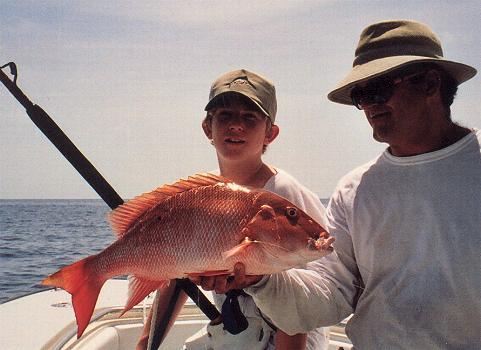 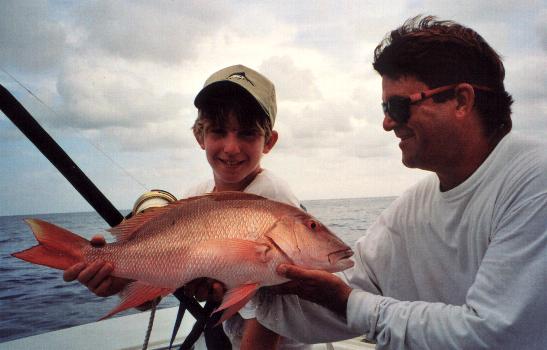 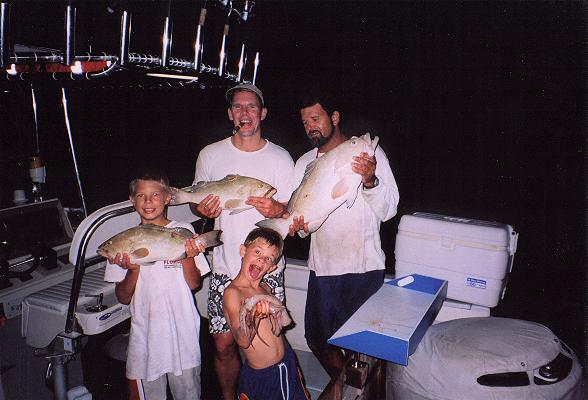 My Nephews, Eddy and Bennett, and Brother-in-Law, Rick, along with my sister have a fun afternoon fishing the patch reefs. Along with these keeper red grouper, the boys caught about 30 groupers and snappers in about 2 hours of fishing. 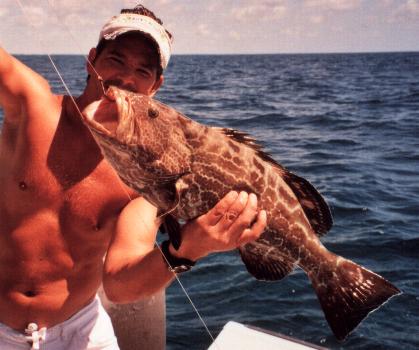 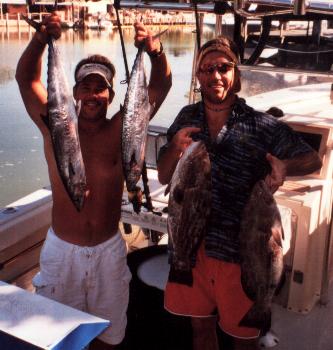 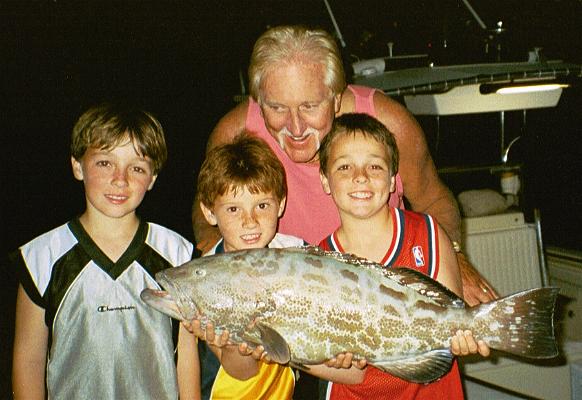 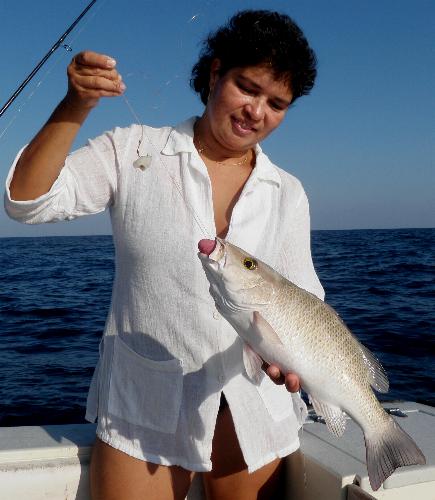 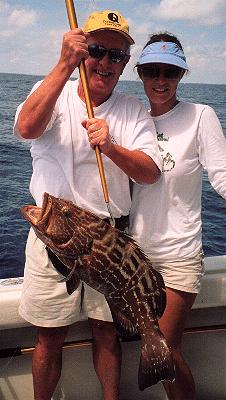 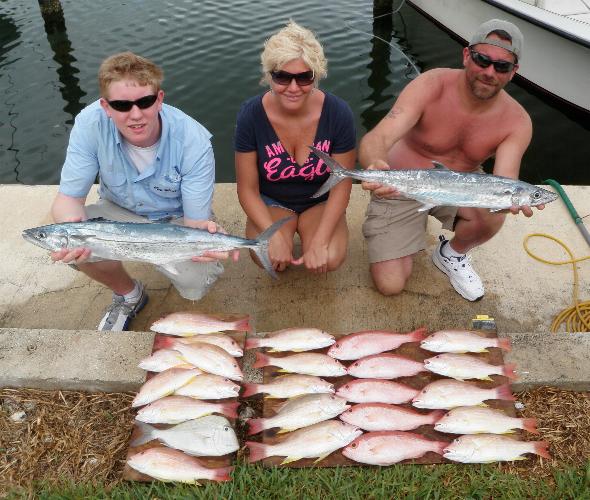 "Half day snapper and mackerel fishing"

That is a mess of vermillion snapper and lane snapper for David Nix, Kelly, and their son, Devin.

Recently, I have found a spot where I am catching grouper on fly rod. The grouper get so excited they start "jumping completely out of water!" I was astonished: grouper jumping out of water? It is true, and I have video of. It is amazing, and I will put it on the web soon.

This I stumbled over this when I took out Kim Kerdyke and her nephew, Trace, for a day fly fishing their first time in the saltwater. I took her over to a spot I catch these grouper, snapper, and big blue runners on bait. They are small but perfect for kids and beginner fly fishermen. They caught around 10 grouper on fly, and lost that many too in about 2 1/2 hours of fishing. I'll post those photos soon. 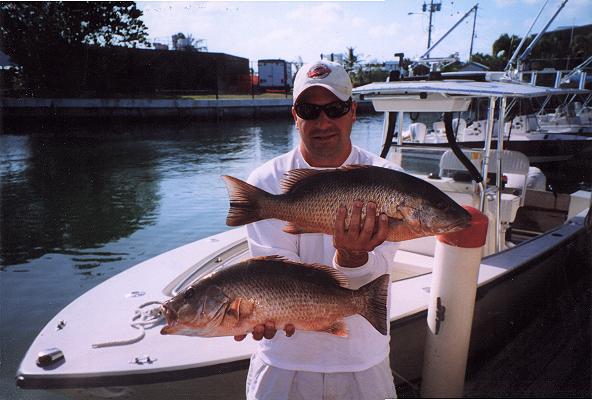 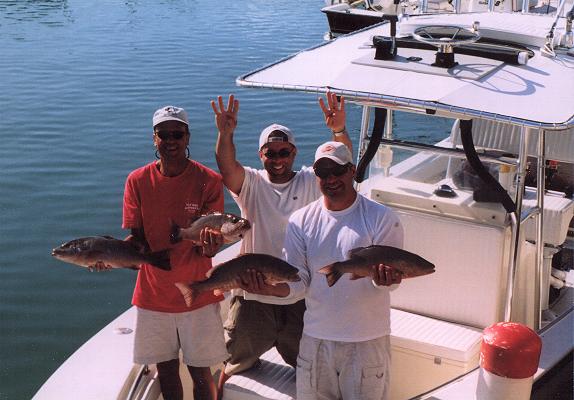 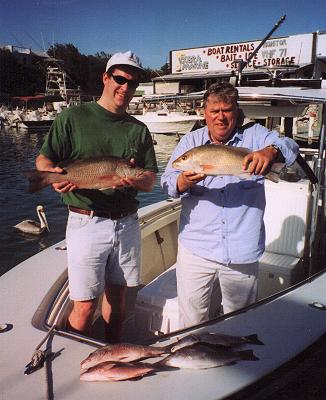 John Wiedemann and nephew, John, with a number of nice mangrove snapper. 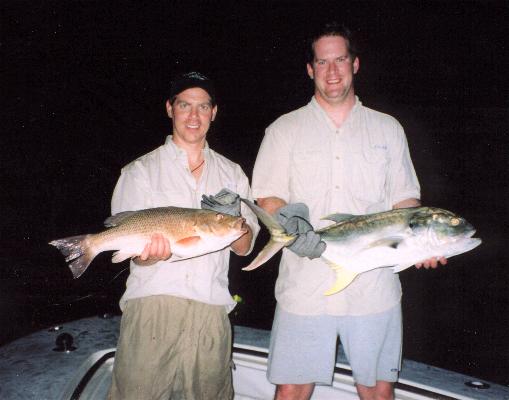 Big 6 lbs. mangrove snapper and a jack creval caught by John and friend. 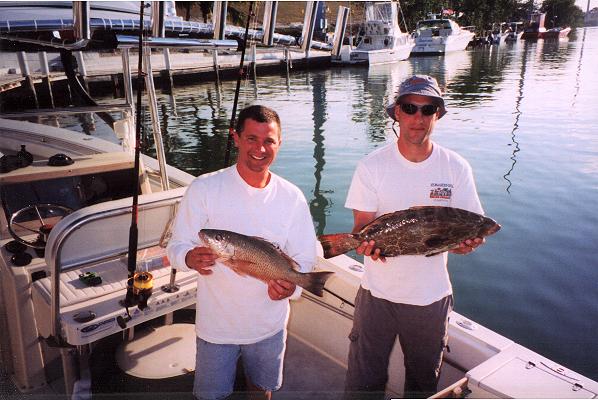