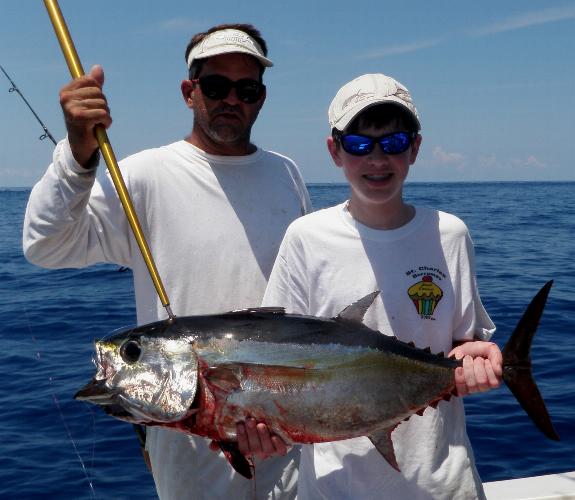 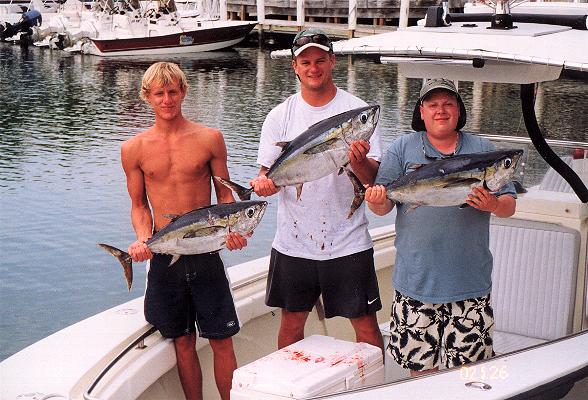 Black fin tuna are hard fighting for their size, and a popular sport fish here in Islamorada. Lad Farian, brother Scott, and friend Dave caught these 15 - 20 lbs. tunas in the morning and then we went tarpon fishing and caught 4 big tarpon.

We caught these on live bait, but you can catch them trolling lures too. Any tuna over 15 lbs. will give you a good fight, and they get only as big as just over 30 lbs. 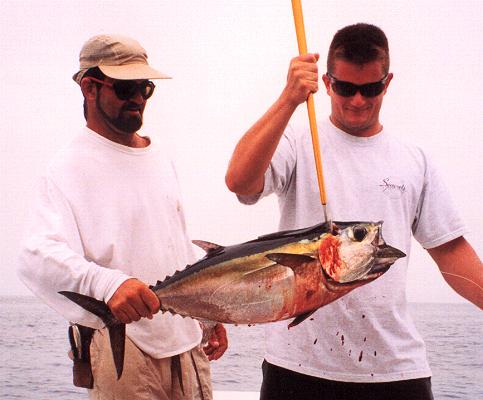 Dave with a bloody tuna, and they are bloody, but very good to eat from the grill. 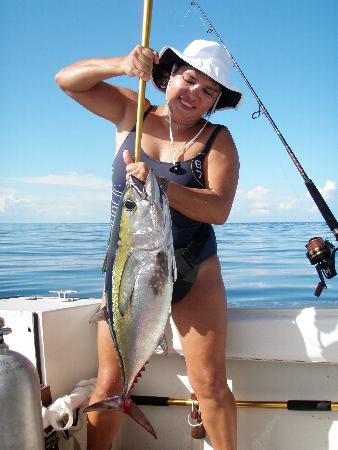 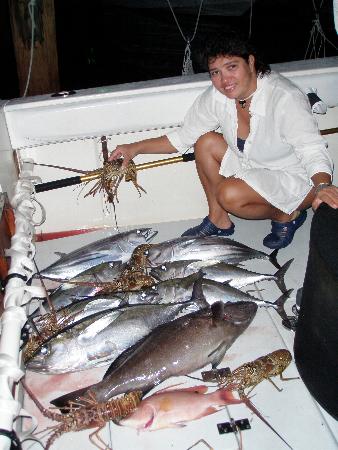 One day my wife and I went out scuba diving and spear fishing for a half day, leaving at 12pm. On the way out we ran over a large school of pilchards and filled the live well with 700 pilchards, so I knew we were going for tunas after my dive.

I jump in the water and as I descend I come across a big rock with a big black Margate. I resist the urge to go spear it, then I see him - a nice black grouper. He slowly hides in the rock, my heart jumps a little, I now know I have a good chance to spear it. As I approach a 15 lb. mutton snapper swims around the corner then turns to go back around. Stay on target I tell myself.

As I come up to the rock, my heart is thumping! Gun out in front of me ready to shoot, going around where he entered, I see his tail and then his back side. I take a gamble! I turn the tip of the gun around that corner to take a blind/ estimated shot at him, instead of actually seeing where I was shooting. I did not want him to see me, and spook out.

Bam! - he did not move! Did I miss? I grab the shaft, and it's solid in him! It is a kill shot, right behind the gill plate. "Yeah!" I yell in my regulator. I had yet to shoot a grouper in two years. They are very smart. They know how to blend in to the rocks, and bolt at the right time keeping plenty of distance from you.

After lunch we ran out to the hump, and chummed up the tunas where Elena caught 15 tunas, hooking double headers. She caught one 15 lb. blackfin tuna, and lost a couple others that size. We kept 7 black fin tuna and two skipjacks and let the others go. On the way home we stopped off at a lobster spot and got 6 lobsters - what a great half day! I canned most of the tuna (20lbs.) had two dinners of grilled tuna, two dinners of grouper, one of lobster, made a huge grilled tuna fish salad for the week, and froze the rest for my parents. 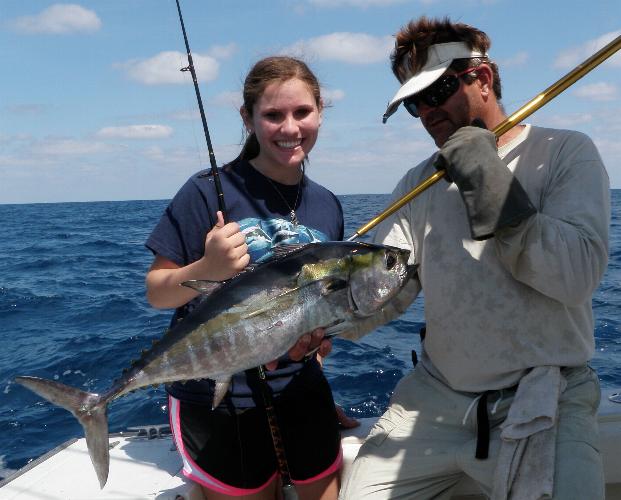 Rebecca Kravetz, sixteen year old, came to catch offshore fish. Black fin tuna will teach you about "persistence!" They are tough fighters, which take time on light tackle.
She also caught numerous other king and cero mackerel. They were tearing us up for a while, as fast as I could put a bait in the water. 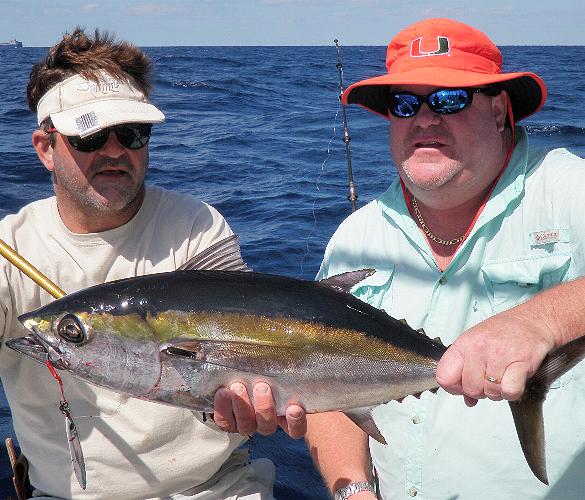 Randy McDermitt loves jigging for tuna while his boys are testing their metal on the "Giant Amberjacks!" (LINK)