Islamorada Permit Fishing on the Flats 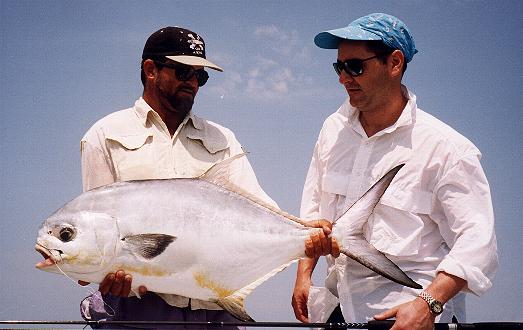 Charles Beatty is impressed with his 34-lbs. permit, which fought through the sea fans and flats. 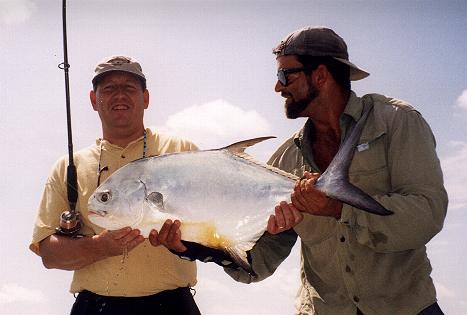 Jeff Smitley catches 31 lbs. permit on #12 test, his first. He also lost another of equal size, all in a half day trip. Earlier he had shots at about 20 tailing bonefish. 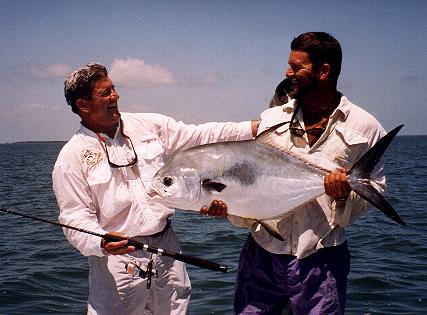 Tony Carter caught a 29lbs. permit on #10 test spin. That is a great catch. It got up into the flat and raced across it with its back and tail thrashing the water. I almost couldn’t chase it with the boat, but it came back off the flat on the same side as the boat. It then made a heroic fight for almost 30 minutes - great fish Tony. 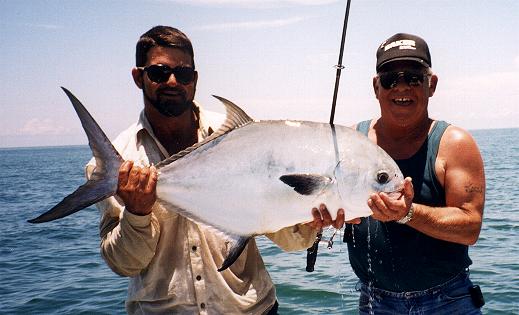 Leon Glaze of Indiana released this 28 lbs. permit on #15 test during a half day charter. What a fight! It hit so hard it exploded the surface with its tail when it went down. It also dragged us about 500 yards from where we hooked up. He lost another later. I think it bit through the line by crushing the line against the eye of the hook 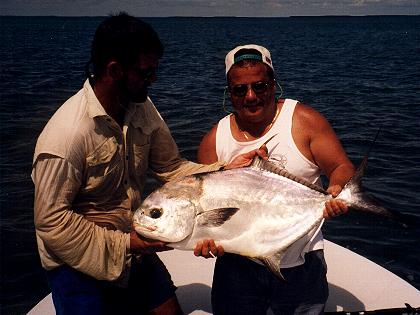 Sal Renna catches his trophy permit he came down for, 28 1/2 lbs. 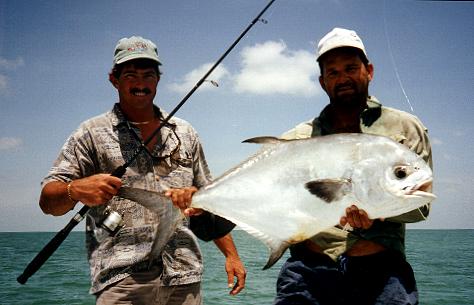 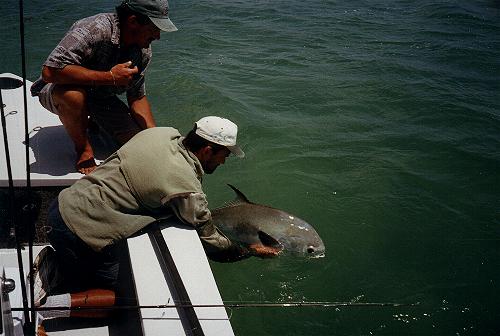 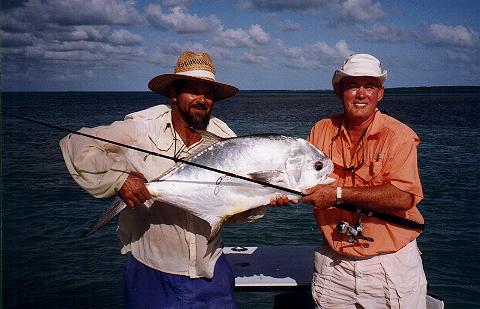 Tom Long meets the challenge of a "big permit, and releases it. 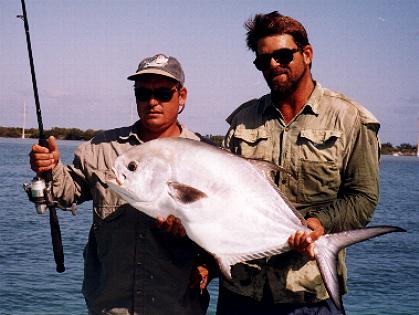 Mike Harkom caught this 28-lbs. permit while it was tailing in water so shallow its back was out of water. 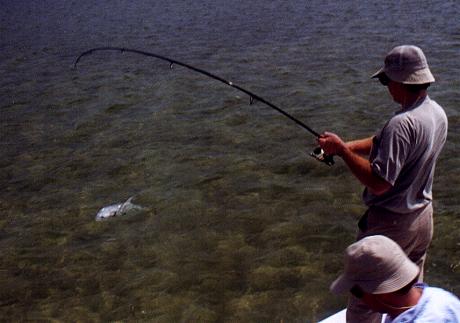 Putting the wood (or glass) to that permit. 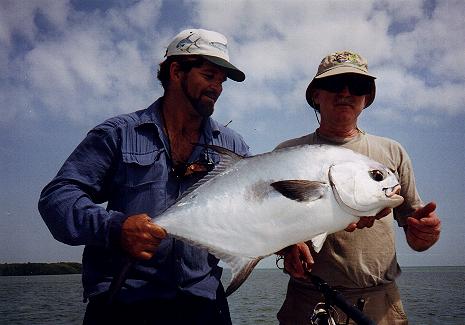 Thomas Daly with a fat permit he landed on his spinning rod with # 10 test. 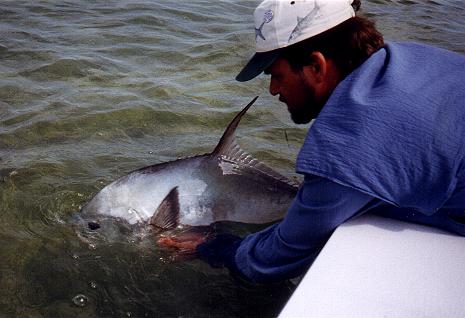 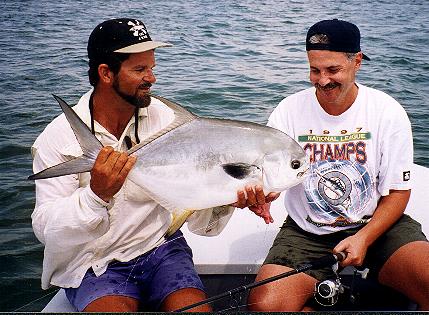 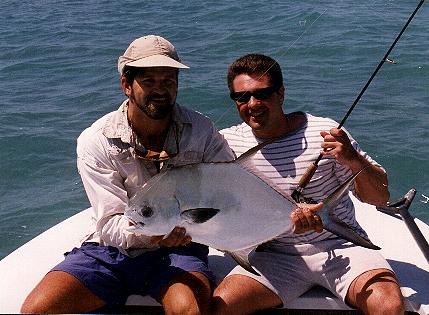 What a great christening!

The first fish the boat caught, after 9 weeks of rebuilding it after buying it.

We later caught a bonefish on spin, and had numerous casts at tarpon! 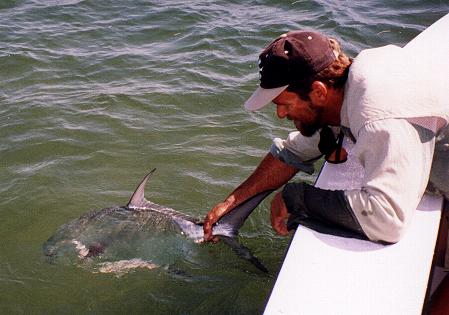