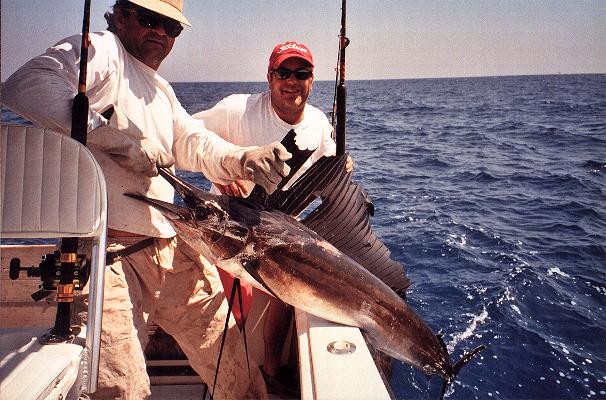 Tim Wendelburg with a big Islamorada sailfish he caught off the kite. This sailfish tail-walked around the boat 270* so fast the angler thought we had another sailfish on. We caught this one off the kite. 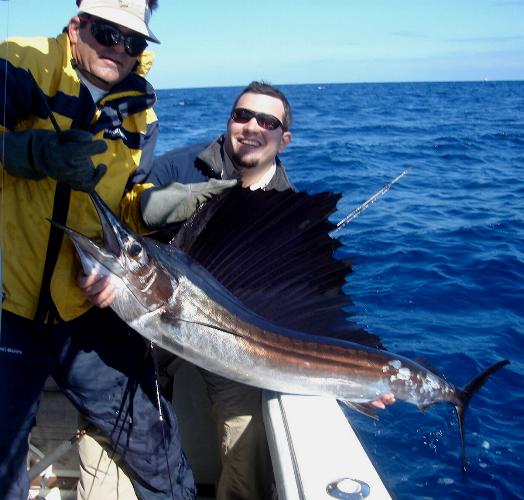 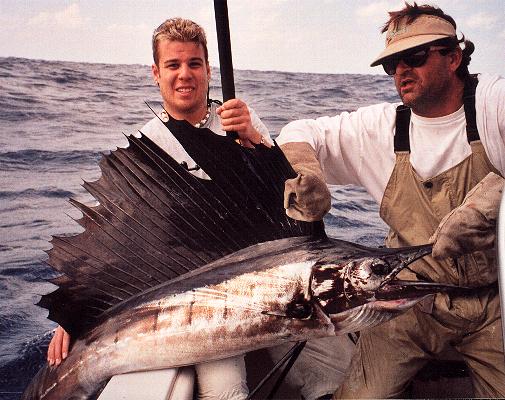 "While catching sailfish, there are a variety of other fish we catch."

We caught this sailfish, couple dolphin, red grouper, and cero mackerel while kite fishing. That is the nice thing about kite fishing, we can catch numerous types of fish at the same time by putting baits on the surface, at mid-depth, and down on the bottom. There is a photo of our catch at the end of these large photos.

We were also fishing in +20 knots of wind out of the N.N.E., and we were quite comfortable because my boat does not rock much compared to big boats with high towers and deep V's.

"RED FLAGS" have been used for decades to indicate a released sailfish. 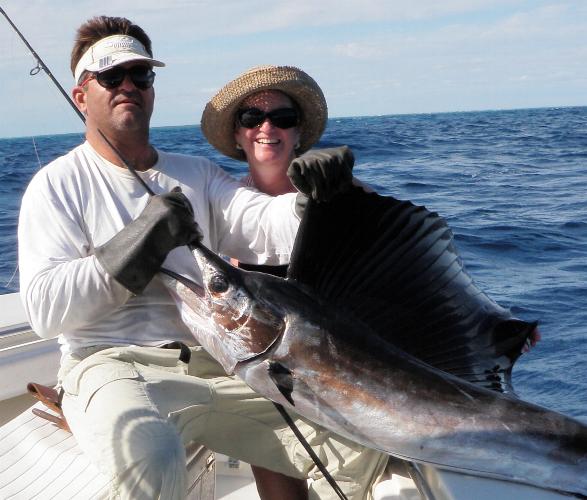 I always try to get a picture in the boat without hurting the sailfish's chances of survival. 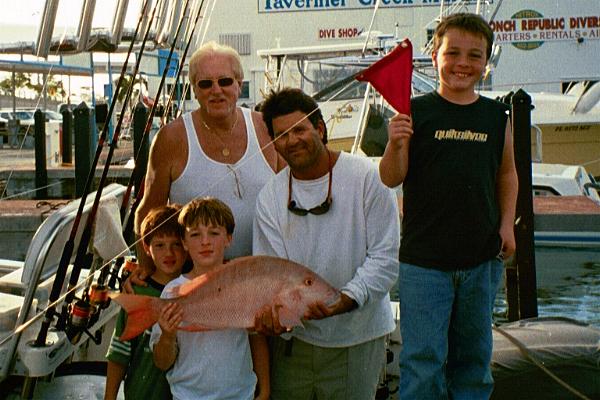 The Hicks boys and their Dad catch a sailfish and this nice mutton out of 200' deep. They caught their first sailfish each fishing three days.

Another good day, they caught another sailfish and a black grouper out of 200' deep. 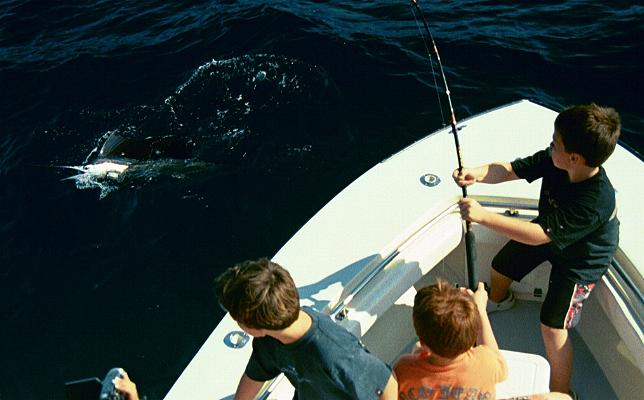 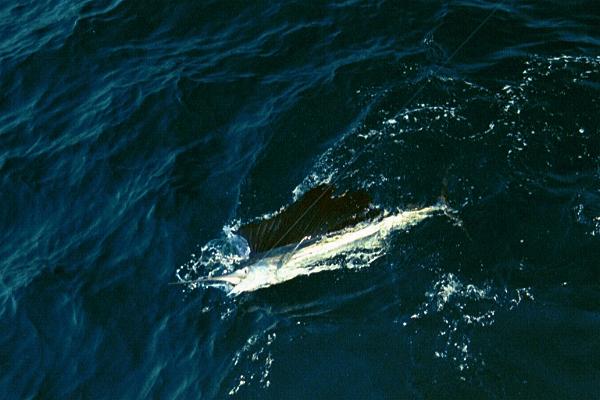 John Moore and his two boys, Jack and Scott, catch two sailfish and a nice kingfish.

when I was charter fishing and living down there for five years.

Old photos from when I ran a charter boat in Costa Rica in the late 1980's. These are some great photos and shows my depth in experience of sailfish fishing.

For clients, friends, family, and personally; I have caught just over 700 sailfish since catching my first one at the age of 8 years old with my Dad on his first open fisherman, an 18' Al Martin plywood boat. Later he bought a 20' SeaCraft, and after that a 34' Norseman. What a great fishing boat that was. As a family we caught over 300 billfish on it.

Just before my 16th birthday, I was off to work as second mate on Bill Hegamyer's boat "Broadbill" in the Bahamas Blue Marlin Tournaments. Here is where I gaffed my first blue marlin, which I think only weighed 142 lbs. - not bad for a fifteen year old. Here I learned the basics of rigging all types of bait: mackerel, mullet, ballyhoo, but Bill insisted on rigging his own squid.

A great series of photos my Mom took of my Dad catching his first two sailfish on fly rod.


My Mom, a great angler and boats-woman, runs the boat while I tease the sailfish. She puts it in neutral when I call it out, and in forward - and faster! - as I call it out after the sailfish eats the fly, so as to clear the line on the deck after the hook-up.

I fished without a mate most of the time. This was the second year of sport fishing down in Quepos, and there where no qualified mates, they where just essentially boat cleaners. In flamingo you could pick up a more qualified mate.