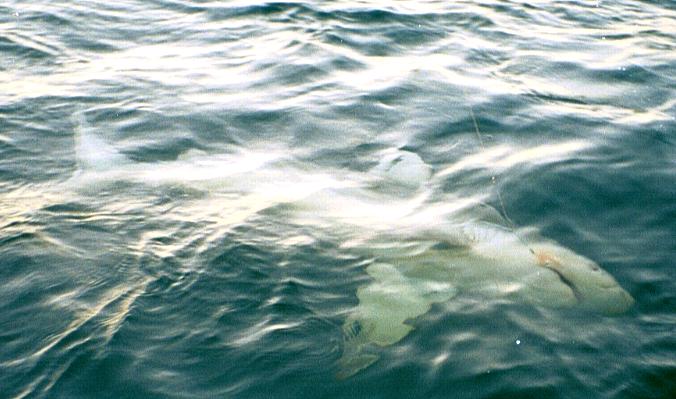 My brother, Bob, catches a smaller shark than my little nephew - you're one up buddy!

Sight Fishing Sharks on the Flats

Lemon sharks and black tip sharks (250 lbs. and smaller) can be found all year long on the flats. Sharks are tough to get to eat the plug most times. You got to tease them just right, but some times they just nail it. Sharks are explosive fighters with powerful runs, electrifying jumps (black tips), and exciting along the boat side.

Big sharks, 350 - 600 lbs. bull sharks and hammer head sharks, come in to feed on the tarpon in the spring and summer. 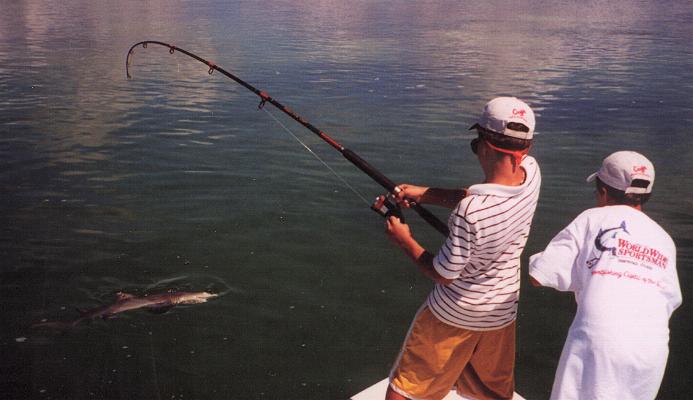 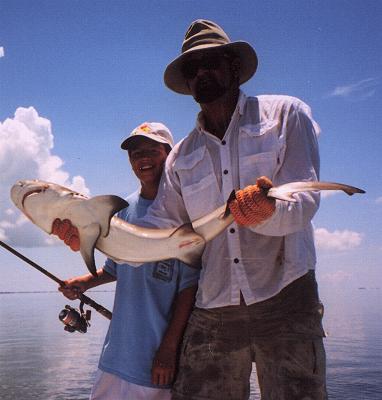 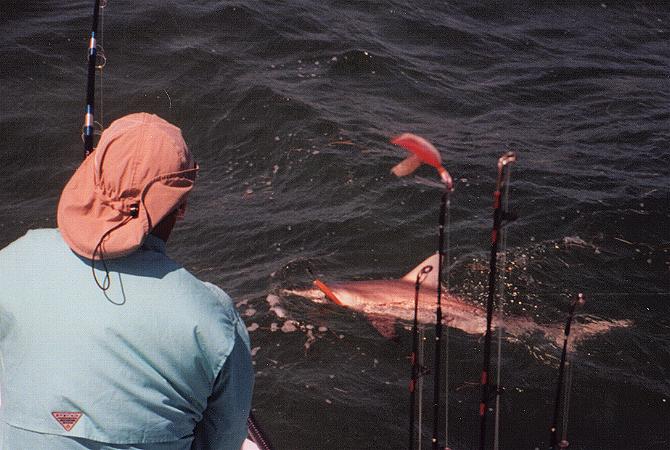 Tony Carter catches a black tip on a plug.

Black tip sharks are "Fire Crackers". They explode on the plugs and fire out of the water, jumping, like a rifled shot, spinning at an incredible speed. Hence, the local name is "spinner shark". Sometimes they come close to the boat while in the air, which will give you a little scare. And it is not over at boat side as you can see. I've got numerous bite marks on the side of my boat.

Big bull sharks up to 600 lbs. come into the flats:

We hooked two with plugs in the 350 lbs. range last year, but pulled the hooks.

One attacked the plug, turning violently then rearing its head out of water past its pectoral fins with the plug sticking in the corner of its mouth like a cigar, all within 100 feet from the boat. On the first run it shook the plug loose. The angler had to sit down for a while after that surprise -just a warning.

This year I pulled up along side of a 16 1/2 foot hammer head shark. It was probably at least 900 lbs. We followed it for 10 minutes, and I got the boat right up along side of it not 10 feet away. It was not one foot shorter than my 17 foot boat, and could have been 18 feet long. I was with Jim Obenour and his son, Jimmy. This year I'm keeping a #50 test stand up rod ready in my 23' Sea Craft I just bought for tarpon fishing.